The return of the Premier League is less than a month away. On the 11th August Frank Lampard will take his Chelsea side to Old Trafford to take on Ole Gunnar Solksjaer’s Manchester United.

Chelsea are now 3 games into their pre-season and will face FC Barcelona next during their tour of Japan. So far, Lampard has used these games primarily for fitness and to assess some of the returning loan squad.

Right now, things are up in air, who stays and who goes? Which formation will Lampard pick? Who’ll start upfront?

It will take some time for these answers to become clear, however there are some things we should all be agreeing on

What to expect with: the youth
Expect a small splattering of academy graduates to grace the first team this season. Sarri had made Hudson-Odoi and Ruben Loftus-Cheek permanent members of the squad and starting XI before their respective injuries and Lampard will look to add some names to that.

I’m backing Reece James, Mason Mount and Tammy Abraham to become full time first team members this season, with the rest either going on loan or joining for the occasional cup games.

What not to expect with: the youth
Do not expect them all to come in and replace the seasoned internationals we have at our disposal. Players like Billy Gilmour are fantastic prospects but Lampard isn’t going to drop somebody like Matteo Kovacic to fit him into the squad.

Making it at the top level is hard enough and making it at Chelsea is even tougher, this is one of the reasons it’s taken so long for an academy player to come through.

Whilst players like Willian and Pedro can be as equally infuriating as they are brilliant, their experience is going to be a vital tool for Lampard this season. To simply dump a load of kids into Chelsea’s first team and expect them to do well is insane, so if you’re thinking this is like FIFA you’re going to be in for a nasty problem.

What to expect with: social media
If you thought the return of club legend Frank Lampard would instantly bring this fan base together you’re very much mistaken. The fact that Lampard can’t buy any new players means that inevitably the same sort of problems are going to occur, as we have already seen in pre-season.

Those who so vigorously demanded Sarri’s exit last season will find themselves mobbed if they insist Lampard be given the time and ‘free pass’ that ultimately, Sarri needed as well.

What not to expect with: social media
A united fan base. Those who backed Sarri will be calling out anyone who is saying the opposite to what they said under Sarri. Lampard is inevitably going to experience some similar problems to Sarri which are caused by nothing other than the lack of forward planning by the club.

While Lampard has the utmost respect from everyone in Stamford Bridge, there will still be some moron calling for his head.

What to expect if: Chelsea finish 16th
Lampard to be sacked but still loved.

Really. I mean come on. We’re Chelsea and have standards.

I don’t see this happening, I think top four is a struggle but we finished third last year under some really bad circumstances and we won’t have a repeat of that with Lampard in charge.

Even if this is a disaster, Lampard will always be our greatest ever player and be loved for enternity at the Bridge.

The board however, will find themselves becoming the target of fans anger and disgust with the state we’d be in.

What not to expect if: Chelsea finish 16th
The fans turning on Lampard.

There’s deep underlying issues with this club and squad which now with the appointment of Cech will start being worked out and solved. The fact we’re in this situation with the transfer ban is through no fault of Lampard and quite frankly given what his done for us on the pitch he could do whatever he wants and still be loved and adored.

What to expect when: Chelsea take on Leicester at the Bridge
An absolutely buzzing atmosphere with the ground rocking. Lampard’s status amongst Chelsea supporters and his young and exciting back room staff, alongside the talented academy players coming through means the sky really is the limit for our club in the next 2/3 seasons.

What not to expect when: Chelsea take on Leicester at the Bridge
Any real improvement on our playing style.

Yes at times last season are play was unstoppable but on the whole it was mind numbingly dull.

Lampard has all the same restrictions as Sarri in terms of personnel he can pick and the quality that they’ve got. Add to that we’ve not got Hazard any more and things look a little more worrying. 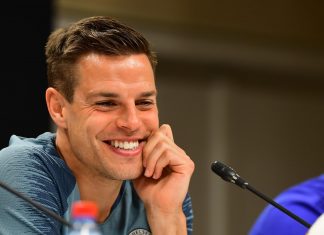 James Edwards - July 6, 2021 0
Under pressure to perform and certainly to attack with more pace and verve England spent the first ten minutes, after Sterling’s early run, playing the ball around at the back, failing to run into space and looking inept.

Who should Chelsea be looking to sign this Summer?

ABOUT US
In memory of the Chelsea Independent. A totally autonomous collection of Chelsea supporters who dared to have a different opinion to Ken Bates on any or all things Chelsea.
Contact us: [email protected]
FOLLOW US
© Unofficial Chelsea FC News - Chelsea Independent