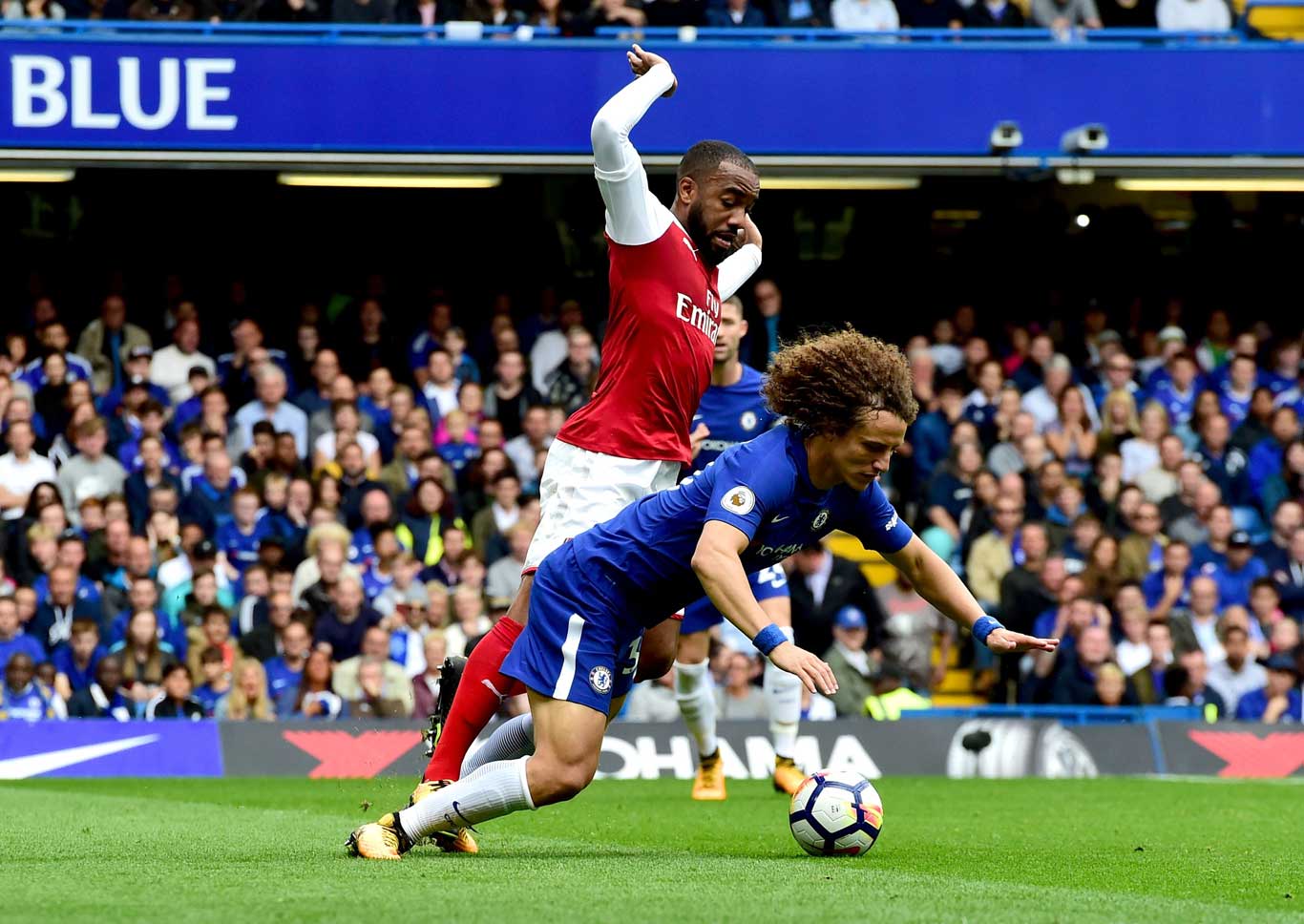 In a match of few chances, 0-0 was a fair reflection of the events that preceded the final outcome.

Arsene Wenger matched his Arsenal side up man for man against us, like he did with success in the FA cup final and the community shield. Both playing 3-4-3, whichever side could better the other in each area of the pitch would come out on top. As it transpired, neither could. In what was pretty much a carbon copy of the community shield encounter, both teams effectively cancelled each other out. Both sides played with narrow wingers, who were marshalled adequately by the left and right centre backs respectively. The midfield was also a stalemate, and neither centre forward got the better of their opposing centre back.

It was Arsenal who fashioned more chances in the first half, and arguably had the best chance as well.
Lacazette started up front for them, and had an earlier shot saved low by Courtois. This came from a Bellerin cross after he had got behind Alonso down the right. Prior to this he had a done the same, finding Welbeck at the back post after dropping of the back of Azpilicueta, but he headed wide.

At the other end, Kolosniac failed to track Moses down the line, and the Nigerian crossed for Morata, but his header flew just over. This was to be the best chance the Spanish forward would have in the match, as Koscielny was able to marshal him very well throughout the course of play.

Aside from the Morata header, the only clear break through we managed in the half, and indeed the match, came from Pedro in the twenty-first minute. He crossed over from his left wing birth to make a run in the right wing channel, perhaps confusing his marker, and Fabregas picked him out with an exquisite ball through. Cech was able to advance and save Pedro’s effort though.

Arsenal had their best chance next, as Ramsey managed a shot from inside our box that came back of the post to Lacazette, who perhaps should have done better than the wayward volley over that he subsequently managed.

Conte made a change at the break. Pedro made way for Bakayoko, and Fabregas moved to the left of the front three, all be it occupying a deeper, slightly more central role. This coupled with Bakayoko’s high tempo ball movement initially helped us to look more assertive in possession. This was only a fleeting improvement though, and a tactical change was needed. With twenty minutes remaining on the clock, Conte switched to 3-5-2, bringing on Hazard up front to partner Morata. Willian the player replaced. We looked a little more likely to cause damage now, finding space between the lines a couple of times, but Wenger was quick to react, and made the same tactical change, as Giroud entered the fray.

Arsenal had a goal disallowed for a clear offside, as Mustafi strayed beyond the defensive line before heading in.
With three minutes to play, we had to accept a point, as Luiz carelessly got himself sent off. After trying to shrug of Sanchez while running the ball out of defence, he over-ran it on the right touchline, and recklessly dived in studs up on Kolosniac in an attempt to retrieve the ball. Morata came off for Christesen as Conte looked to shore things up. And the match petered out to its all to predictable conclusion.

With Wenger now clearly intent on matching our formation when we now face his side, perhaps the use of 3-5-2, as in the away win at Tottenham, would have been better implemented from the start, rather than with twenty minutes remaining, as that short period of play was the only time we looked like we could get on top. It was in the end though, a fair result, as be teams were evenly matched throughout the match.